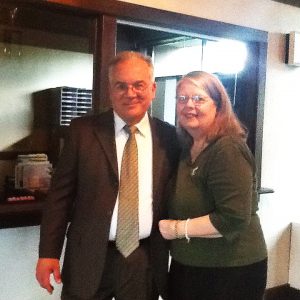 Rev. Mark Cernero (aka “Pastor Mark”) has served in ministry for over 45 years. He was ordained as an Assemblies of God (AG) Pastor in 1993. Alongside his wife, Dorothy, they joined Torrington First Assembly (TFA) in 2009. Although currently retired, Pastor Mark continues to serve as both Assistant Pastor & Sunday School teacher at TFA, as well as Bible teacher to the Upper School at Torrington Christian Academy.

Born/raised in New Jersey, Pastor Mark has a rich family heritage, being a third generation believer in Jesus: his grandparents were converted and called into ministry shortly after arriving from Italy; his Grandfather was an ordained AG pastor; his mother was a “pastor’s kid”; and his brother was also ordained as an AG pastor.

In earlier years, Pastor Mark taught subjects such as Pre and Post Nicene Church History, The History of Christian Education, Personal Evangelism, and Comparative Religions at Zion Bible College in Barrington, RI.  He has also traveled to El Salvador, Central America, the Canary Islands of Spain, and Newfoundland, Canada as part of missions outreach.